What It Means to Have “Middle Child Syndrome” 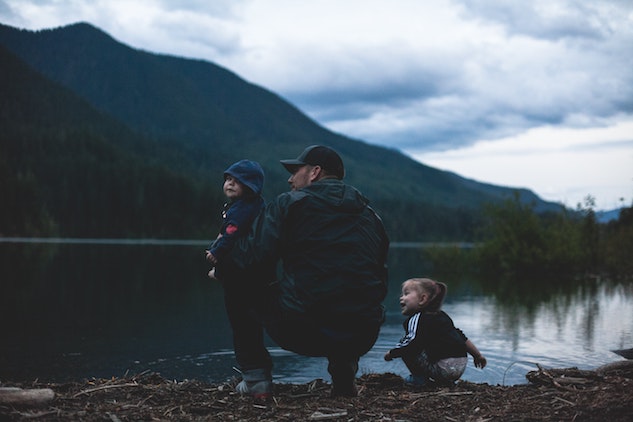 When I meet someone new and they ask if I have any brothers or sisters, I tell them I’m a middle child. Usually that prompts the questioner to say something along the lines of, “Oh, you must have middle child syndrome,” while laughing. I never really knew what that was supposed to mean, but it sounded like something negative.

I went to birth order parenting expert to learn more.

How Your Birth Order Impacts Your Personality and Relationships

“The experience that creates those kind of feelings is that you have this older sibling who is always doing new things and requires a lot of the family’s attention, and you have the younger sibling who requires a lot of help and attention,” said Wallace. “The middle child often gets lost in the shuffle. When I wrote the book ‘Birth Order Blues,’ I interviewed lots of kids and adults to learn their experiences. One little girl said to me, ‘At nighttime, dad is reading to my older brother, mom is taking care of the baby, and I sit in the hallway on a chair and I wait.’”

While I don’t have any memories that specific about being “left out,” I think I did try to keep the peace, follow the rules, and bridge the relationship between my sister and brother.

My parents seemed nervous about everything my older sister did, probably because it was the first child doing something new, as Wallace told me, and I remember thinking that my younger brother got away with a lot more and punishments seemed more lenient when he acted up. But, I think my parents did a pretty good job of trying to balance their time with us. Both parents took me to sports practices and attended nearly every game, as well as attended any school event if I were being recognized for academics, and they drove me to friends’ houses and sleepovers.

“Family life is hard and complicated because you have children sharing the resources, love, and attention of the parents,” said Wallace. “Whenever you have a situation of people sharing resources, it’s difficult to make sure that everybody feels okay and equally loved. I wrote my book to show parents how to raise their children in a way that the child feels self-confident and equally loved.”

As any parent knows, you can’t be equally attentive to all of your children every minute.

“But you want to try to make sure that each one has enough of you,” said Wallace. “So they feel that connection; because time equals attention which equals love.”

Parenting according to a child’s birth order can help parents be aware of what they could be doing more of throughout the day to even the playing field a bit when it comes to giving each child attention.

Here are some typical characteristics of children born to different birth orders and tips on how to parent each child differently.

“The firstborn tends to be very bossy, has to make all of the decisions, and has to be number one,” said Wallace. The oldest child is often a leader and might also feel more pressure to be perfect, she said.

“When the second child is born, the oldest may exhibit some troublesome behavior because they’re feeling displaced by a younger sibling,” said Wallace.

“This happens to every firstborn. At some point, they’re ‘dethroned.’ They were once number one and now they’re not,” she said.

Advocate for your oldest to speak up about any anger or jealousy he has about his younger sibling(s), advised Wallace. “These emotions are normal and voicing them is better than keeping them bottled up inside.”

“The firstborn is more likely to feel pressure to be perfect. Make sure you’re not putting pressure on this child and that you’re showing them unconditional love,” she advised

“Reassure your oldest that you have enough love for her and your new baby,” Wallace said. Make an effort to spend some one-on-one time with your eldest once the second and third child arrives, she advised. “Allow the firstborn space and time to play with their peers without their siblings interrupting their space, advised Wallace.

“The secondborn child tends to be more flexible than their older sibling,” Wallace said. “They have an older sibling who wants to go first all the time in games and [the second child] wants to be included and have the attention of the older sibling. The second child is often a pleaser and wants to make sure that they get into the game or that the older one likes them,” said Wallace. The middle child is more flexible and will often let to older one go first to keep them happy so they can play together, she said.

Wallace said that the middle child also tends to be extremely competitive with her siblings, and that she must establish her own unique identity since she’s not the oldest or the youngest.

As a middle child, I tend to think of myself as pretty flexible and easygoing (at least compared to many New Yorkers). I’m not terribly competitive and would rather keep the peace and have everyone enjoying themselves than to “win” at something and the fun—or a friendship—be over. I’m also quite fortunate that my older sister is possibly more laid back than I am. She isn’t bossy, and she never seemed to mind me following her and her friends around. (I, on the other hand, was more annoyed by my little brother following my friends and me around.)

Wallace’s statement about establishing “my own unique identity” seems to hold true with me. After college, I moved from southern New Jersey to New York City, focused on my career, went on exciting trips and adventures, and established myself as a freelance writer. My siblings stayed much closer to home—as did most of my large extended family—and while perhaps I thought this adventurous spirit “was just me,” it might have to do more with my birth order.

Wallace suggested parents make an effort to let the secondborn go first once in a while because they need that experience. “This will help give them leadership skills that they’ll need in the future,” she said.

The secondborn is always rushing to catch up to the firstborn in order to feel that he or she is valuable. It’s important for parents to praise the second child’s abilities and celebrate her successes, even if she wins the spelling bee or soccer championship and it’s the second time around for the family.

“Encourage this child’s interests so they develop their unique sense of self,” said Wallace. The secondborn might want to do everything the older sibling does, but take time to explore their talents—like an artistic skill—and encourage those, even if the older child didn’t take drawing classes. Remind the middle child that they can’t do everything their older sibling is participating in right now because of their age gap, and that this is okay.

Lastborns tend to be more rebellious, outgoing, and don’t feel the pressure of perfectionism that firstborns may experience.

According to Dr. Kevin Leman in The Birth Order Book: Why You Are the Way You Are the youngest in the family are often “uncomplicated, spontaneous, humorous, and high on people skills. To them, life’s a party. They’re most likely to get away with murder and least likely to be punished.” He also says many famous comics tend to be lastborns.

If I’m being perfectly honest, I grew up thinking my younger brother got a lot of my parents’ attention and wasn’t sure if that was because he was the baby or the boy. Perhaps that was my perception as the middle child because he received attention that I previously had before. Or, he seemed to “act up” more and need more disciplining in the family, which translated to attention.

I’d also agree that my lastborn fiancée fits the description of being very funny, outgoing, social, and has a rebellious streak.

Dr. Leman says the youngest often gets picked on and is more likely to get hand-me-downs than the oldest siblings. The parent should be conscious of this and make sure the youngest still gets new things that they own first, while creating their own sense of identity.

“Be on the lookout for older siblings picking on the youngest one and make sure the baby of the family gets to be ‘first’ during activities and gets to practice his or her leadership skills as well,” said Wallace. Make sure they’re still being given chores so they have a sense of responsibilities, even if they are small, like filling up the dog’s water bowl, or cleaning up their toys.

The baby of the family can sometimes be ignored and left to themselves, or they can be more likely to be mischievous and attention seeking—oftentimes in the form of entertaining, said Dr. Leman in his book. Even if the lastborn seems like he or she is doing just fine on their own, make sure you’re giving them attention and being aware of what they’re getting into.

Read the article PDF on birth order and parenting that first appeared in Centennial Health Publishing magazine’s The Science of Raising Happy Kids.