What Does it Mean to Have Anxiety? 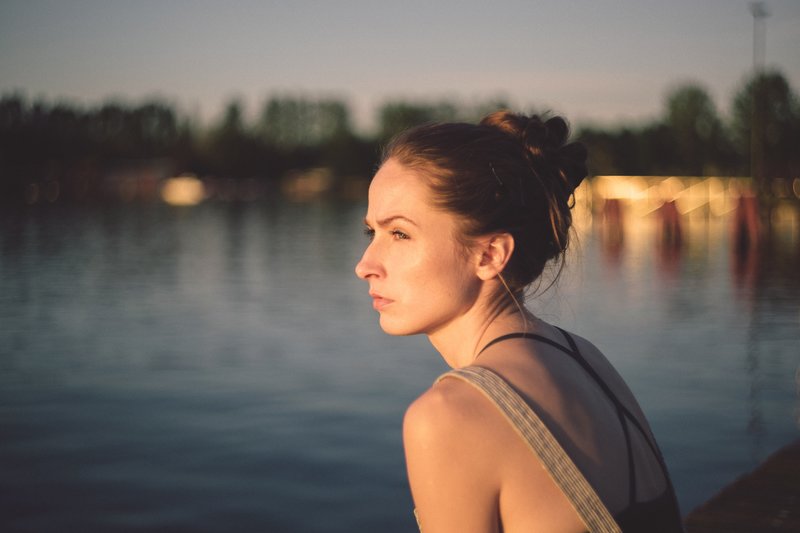 (This article originally appeared in a print magazine. Read the full PDF here.)

From the time she was  a child, Tara Mandarano always felt a little anxious. But when she became pregnant with her daughter, her anxiety reached new heights. “I started to worry about everything, incessantly. I was terrified I would lose my baby. I would sit in the bathroom in the dark sobbing, and my husband would have to comfort me and try to talk me down from whatever catastrophic thoughts I was having,” recalls the 41-year-old Ontario, Canada-based writer.

Mandarano finally got the help she needed when she was diagnosed with perinatal generalized anxiety disorder, a mental health condition that affects 8 to 10 percent of women during pregnancy and 4 to 10 percent postpartum. She received treatment throughout her pregnancy and into her postpartum period, including cognitive behavioral therapy (CBT) to help her deal with the panicky, worst-case feelings she was experiencing, and medication after she stopped breastfeeding her baby at four months. “I stopped constantly having dreams that my baby was somehow lost in my bed, or that she had stopped breathing, or that I would accidentally drop her.” (Find out if yoga can help with prenatal anxiety and depression.)

In fact, you’ve likely felt anxious at some point, whether it was a nervous feeling before a big test or an interview, or some excitement and uneasiness before a first date. “It’s important to remember that anxiety as an emotion is totally normal and in fact, it’s essential for survival,” says Dana Dorfman, Ph.D., who treats patients at a private practice in New York City. “It’s not always pathological. Anxiety is only problematic when it interferes with one’s functioning at home or work life.

Learn More About Anxiety in America

The rise of anxiety.

Anxiety disorders can be grouped into several categories, including generalized anxiety disorder (GAD), panic disorder, social anxiety disorder, obsessive compulsive disorder, post traumatic stress disorder and specific phobias. And it seems like we are feeling more anxious, more often. A 2018 survey from the American Psychiatry Association found 40 percent of Americans say they felt more anxious than they did the previous year. That followed a 36 percent increase from 2016-2017.

But while they affect millions of Americans, only 36 percent of those with a disorder receive treatment, according to the Anxiety and Depression Association of America. Much of that may have to do with an ingrained bias against receiving help. “It may be a challenge for someone to be willing to accept it as a condition to manage versus a deep character flaw,” says Debra Kissen, Ph.D., executive director and owner of the Light On Anxiety CBT Treatment Center in Chicago and co-chair of the Anxiety Depression Association of America (ADAA).

But a growing awareness about anxiety disorders may be helping more people get the help they need.  “There’s more education, consumer awareness, more of a dialogue on mental health in general in society,” says Kissen. “For anxiety specifically, there’s less shame around struggling with anxiety as a lifestyle condition versus a sign of that [someone is] permanently damaged or weak.”

Like most mental illnesses, in order for someone to be diagnosed with an anxiety disorder, there are specific criteria that they need to exhibit—especially for insurance to pay for treatment. Those symptoms may include excessive anxiety and worry, worry that is difficult to control, feelings of restlessness, being easily fatigued, irritability and sleep disturbances. These symptoms must be severe enough to interfere with someone’s personal or professional life.

Anxiety also comes in many forms, including the following:

Who’s At Risk for Anxiety?

A number of factors play a part when it comes to developing an anxiety disorder.  “It’s not just your upbringing and what you’ve learned throughout your life, and it’s not just your biology, but it’s really how they interact with each other,” says Kissen.

Genetics, or having a family’s history of anxiety, plays a big part in anxiety disorders. “If a parent or sibling suffers from anxiety, it significantly increases one’s genetic predisposition,” says Dorfman. Trauma, either ongoing stresses or having experienced trauma as a child or witnessed a traumatic event, can also make you more likely to develop anxiety as an adult.

Working an extremely stressful job, and not managing those worries in a healthy way, may also be a contributing factor. Other stressors that can influence anxiety include the death of a loved one, a serious illness or experiencing financial stress. Finally, there can also be some learned behavior involved. “Anxiety is very, ‘emotionally contagious,’” says Dorfman. “So if you’re around a lot of anxious people, there’s a mirroring quality that happens. Oftentimes people are at greater risk for becoming anxious when they are around other people who are anxious.”
Sometimes, anxiety may seem like it crops up out of nowhere. “I’d been told I might have anxiety after going to a couple of walk-in clinics for chest pain in my early twenties, and I was having panic attacks somewhat regularly for years, but I didn’t get help for it until age 27,” says Lauren Coffin, a 31-year-old baker/cake decorator and writer in Boston. “For reasons I still don’t really know, my anxiety flared up in my mid-20s and simply didn’t stop. I even ended up in the hospital. I think what made the difference that time was that the care team walked me through the steps I needed to take in order to seek treatment.”

Getting Help for Anxiety

A licensed therapist can help you identify your core fears and provide you with tips and tools to assist you in calming down and moving past panic. “Often, there’s no single solution to moving past panic but instead a combination of techniques and tools that will work best for you,” says Kissen.

Cognitive Behavioral Therapy (CBT), for one, has the highest evidence-based supported treatment modality for anxiety. “CBT involves identifying maladaptive or beliefs, like ‘I need to be perfect to be loved,’ or, ‘The world is dangerous and I’m never okay,’ or whatever it might be and then revising that belief to come up with more reasonable beliefs,” says Kissen. “You’ll learn how to disentangle yourself from these core beliefs and identify and address the maladaptive behaviors that might be reinforcing things. It’s a very action-oriented therapy, very here and now, as well as lots of homework to work on outside of the session to move past the issues you’re talking about in session.”

For moderate to severe anxiety, using a combination of medications like Selective Serotonin Reuptake Inhibitors (SSRIs) and CBT may be necessary. “It’s like a one-two punch,” says Kissen. “They work really well together because the medication helps enhance the learning you’re getting in therapy. It’s kind of increasing the neuroplasticity, allowing for the brain to learn these new concepts.”

It usually takes around four weeks for an SSRI to start to work; if you need help in the meantime with severe panic or anxiety attacks you might also need a fast-acting medication like a sedative or a benzodiazepine like Klonopin, Xanax or Valium, says Dorfman. “They can work within 30 minutes or so, but the effects may only last for a few hours.” These have a tendency to be more habit-forming and are a “quick fix” but don’t necessarily address the root of the problem, she adds.

Coffin—who was diagnosed with Generalized Anxiety Disorder and Panic Disorder—says she benefited from a combination of treatments, including taking benzodiazepine and CBT. “It got me down to only having a panic attack once or twice a year. It was a massive improvement, but it took months of hard work to get there.” Eventually, her doctor encouraged her to try SSRIs again and they worked for her within a week. “The difference has been astonishing!” says Coffin. “I genuinely had a moment of wondering, ‘What is this nice feeling I’m having?’ It was calm. I hadn’t felt purely calm in months. My anxiety right now feels like holding a candle. If it gets too hot, I can put it down. My anxiety before felt like spontaneous combustion.”

Remember, no matter what therapies you go with, you have to give treatments time to work. “I tell patients that if they went to a gym and lifted weights, they wouldn’t see a result necessarily that day or the next day, and the same can be true for mental health changes and results,” says Kissen.

But it is important to start somewhere. “I wish I realized much sooner that you don’t have to wait until you hit a certain level of mental illness in order to get help,” says Coffin. “No one would ever tell you that you’re too physically healthy to go to the gym, right? Think of your mental health in the same way.”

What it Feels Like to Have an Anxiety Attack

“An anxiety or panic attack is simply your sympathetic nervous system activating the fight-or-flight response of the body,” says Debra Kissen, Ph.D. “It’s an adaptive response that you have when you’re facing an immediate threat, like if you were in a burning building or a loved one was about to get hit by a car. All systems would say, ‘go’ to attempt to survive this immediate threat.”

But a panic or anxiety attack is a false alarm where your brain thinks, “Oh no, you’re about to die.” Your brain has decided that you’re in danger even though you might not even know what caused it and could be wondering, “Why all of a sudden is my body freaking out?”

Here’s what may happen when an anxiety attack strikes:

Get some tips to help you feel happier every day.

.@LinkedIn is the go-to platform for moving your career along, but have you ever considered using…@Pinterest? https://t.co/odiAy97NB5
Via @flexjobs