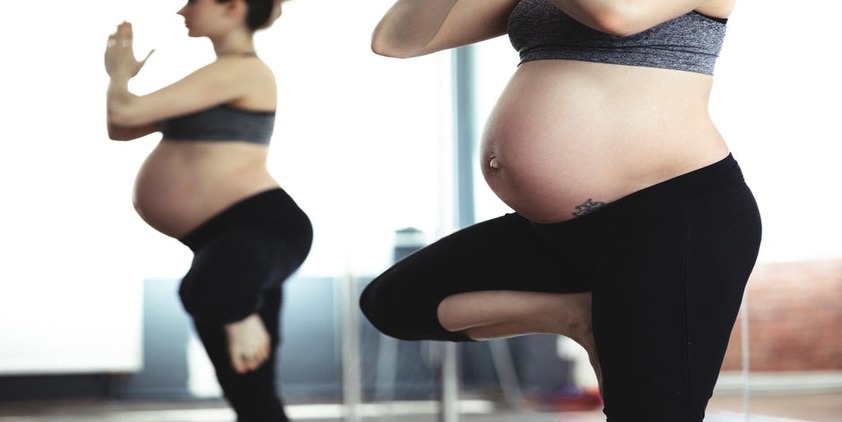 Simply going for a daily heart-pumping 45-minute walk throughout your pregnancy may slash your risk of developing gestational diabetes by about a third, according to a meta-analysis published in BJOB: An International Journal of Obstetrics and Gynecology. (Learn how too much pregnancy weight affects your baby’s health.)

The study authors compiled a meta-analysis of randomized controlled trials that involved 2,800 mostly-sedentary women from the U.S., Spain, Brazil, Norway, Croatia, and New Zealand, and discovered that any moderate exercise during pregnancy reduced the risk of gestational diabetes mellitus (GDM) by more than 30 percent, and exercising consistently throughout pregnancy slashed that gestational diabetes risk by an additional 6 percent. Learn how to exercise safely in the heat while pregnant.

Gestational diabetes is a pregnancy condition that means excess glucose (blood sugar) passes from the mother’s bloodstream through the placenta. Some pregnancy complications that can arise from gestational diabetes include preeclampsia (a serious high blood pressure condition that can be fatal), preterm delivery and delivery of overweight babies, often requiring a Cesarean section. “Moderate exercise” refers to the level of intensity during the workout and was measured by pregnant women whose heart rates were around 140 beats per minute during the workout, or those who reported achieving a level 5 on a 1 to 10 Rate of Perceived Exertion scale.

This report also found that regular exercise helped prevent excessive maternal weight gain—women who exercised tended to weigh a few pounds less than women who didn’t exercise during pregnancy. The American College Of Obstetricians and Gynecologists (ACOG) recommends pregnant women do at least 30 minutes of moderate-intensity physical exercise on most if not all days of the week if she doesn’t have any complications.

To reduce her chance of developing gestational diabetes, a woman should do three to five days a week of moderate intensity workouts for 45 to 60 minutes at a time, which includes a warm up and cool down in that time frame, suggests study author Gema Sanabria-Martinez, MSc, from Virgen de la Luz Hospital in Cuenca, Spain. It’s best to do a variety of exercises that includes stretching, resistance and toning exercises, as well as aerobic activities like swimming, dancing, brisk walking, stationary bicycling or the elliptical, she says.

“The greatest benefit is produced if pregnant women start with an exercise program in their first trimester and continue exercising until as close as possible to their due date,” Sanabria-Martinez says.

This article originally appeared on FitPregnancy.com.