Emergency Dogs to the Rescue 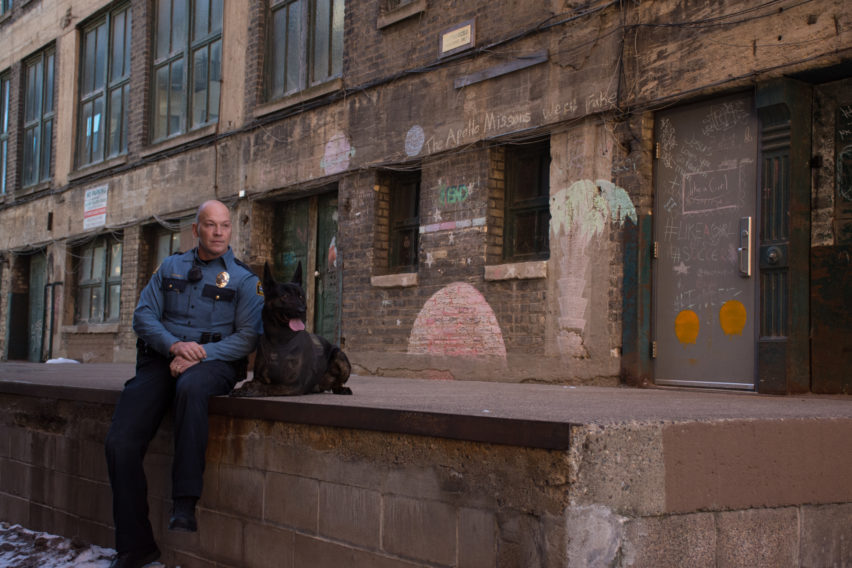 This feature initially appeared in the magazine Inside Your Dog’s Mind (Centennial Publishing). Read the full article PDF here.

It was early evening in January 2017 when Canine Disaster team member Cynthia Sato got a call that she—and her dog, Roxy—were needed. The two raced to meet up with the Los Angeles Fire Department after they received an alert that a hillside in the Hollywood Hills of California had given away, creating a mudslide that impacted homes. Roxy went to work, searching amid the debris and mud to make sure that no one was trapped or left behind. Luckily, all was clear—and Roxy went home to a good night’s sleep. (See Roxy’s story, TK direction..)

When weather or another disaster wrecks havoc, emergency workers aren’t the only response teams employed. Search and rescue dogs like Roxy are a critical part of first response, often deployed with teams from the National Disaster Search Dog Foundation (SDF).

Learn about Search and Rescue Dogs and Emergency Response Dogs

SDF turns rescued dogs into rescuers. The organization finds dogs in shelters, adopts them and trains them to find and rescue humans. “We look for a dog that has a lot of ‘toy drive,’” explains Denise Sanders, SDF’s director of communications. Recruiting starts with an SDF trainer or recruiter walking past dogs in a shelter swinging a toy and seeing how the dogs react. “If a dog comes running up to the fence doing everything it can to get to that toy and wants to engage or be out and play, that’s a pretty good sign that we need to evaluate that dog a little bit further,” says Sanders.

From there, a trainer will take the dog to an open play area and conduct an evaluation process, including six steps which increasing difficulty and challenge to test how driven the dog is. “The dogs we want have an insatiable need to get that toy—they never give up, they’re going to check every nook and cranny. They want to have that toy so badly, they won’t stop hunting for it,” says Sanders. That same desire will be crucial for the search dog that’s sniffing for a human in rubble. If the trainer suspects the dog has what it takes to be a search and rescue dog, the dog is then adopted from the shelter and brought to SDF’s national training center in Santa Paula, California., for a comprehensive training program. “We’re so stringent because we’re essentially picking the elite canine athletes that eventually will be going out to save my family and your family,” adds Sanders.

If it turns out the dogs aren’t the best candidates for search and rescue once the evaluation continues, the dogs are still often placed in other service areas, including drug detection, explosives detection and even bed bug detection in the hospitality industry.

Once the dogs are matched up with their trainers and graduate from SDF, they’re ready for disaster deployment. When a hurricane, tornado, earthquake or other disaster strikes, dogs are brought in to comb through homes where people may have tried to ride out the storm. They’ll also check collapsed structures and look for survivors that may be unconscious or can’t call out for help. “They’re there to [work with the teams] and make sure that nobody gets left behind,” says Sanders.

Dogs can cover even the most challenging terrain more quickly than humans and their keen sense of smell can identify people buried alive—especially those who are unconscious and unresponsive—faster than any piece of equipment, says Sanders. “In a situation like Hurricane Katrina there were miles of devastated homes and no way a human or team of humans could cover that ground quickly and efficiently enough,” she notes. “Having the dogs was phenomenal in that type of setting because [search teams] covered that terrain in a short amount of time while being certain that there was no one left there alive.”

SDF dogs don’t just work in the U.S. Several teams were sent to Nepal, for example, after the 2015 earthquake, and to Haiti in 2010. “They searched buildings that fell down, and…had a lot of rubble to deal with, a lot of sand, a lot of different components than they’re used to and they did a fantastic job,” says Sanders of the Nepal quake. The dogs were able to help pinpoint areas where people were trapped, she says.

“The search dogs are a great way of making the process more efficient and safer for everyone,” adds Sanders. “They help make sure that in that golden window that we have to find survivors after a disaster, we make the best use of our time and resources.”

Nine-year-old yellow labrador Noah was picked up in Fresno, California, when he was two. A trainer who found him in a shelter noticed he had a lot of energy and plenty of excitement for toys; further evaluation also revealed a desire to hunt, strong footing skills and more. Soon after, Noah met his Nebraska-based trainer and owner, Mark Schroeder, and was brought home to be a part of FEMA’s Urban Search and Rescue Nebraska Task Force 1. This past fall, Noah and Mark traveled to Hope Mills, North Carolina to help with Hurricane Florence rescue efforts.  “I couldn’t have asked for a better dog than Noah,” Schroeder says. “He is amazing and I am so grateful for him.”

In 2011, one-year-old black Lab, Lilah was picked up as a stray by a shelter in Sacramento, California. A trainer evaluated Lilah to see if she’d be a good search and rescue dog candidate, and she performed well enough on her tests and training that she was soon paired up with Marshia Hall, a Florida-based Task Force 4 veteran handler. Within a few months, the team completed a State Urban Search and Rescue (SUSAR) Type II Certification so that they could perform rescues in their region. Lilah’s training was soon put to the test when a young boy in Temple Terrace, Florida was reported missing. The boy was eventually found by other means,  but Marshia enjoyed being able to see what her new partner was capable of under the stress of real deployment. Since then, the duo have been tasked with several search efforts, including those associated with Hurricane Irma and Hurricane Florence, working with teams to ensure no one is left behind after the storms.

Roxy was a year old when she was brought to a Sacramento SPCA by her owner in 2012, who said the dog had too much energy and she couldn’t take care of her. Roxy was soon sent to the SDF in 2012, where she was partnered with Cynthia Sato, a veteran of the U.S. Forest Service who had spent the past seven years as a firefighter and paramedic with the Los Angeles Fire Department. The duo passed the FEMA Advanced Certification Exam in 2013, which allowed them to deploy wherever disaster strikes in the U.S. Their work has included helping to rescue occupants in L.A.’s Hollywood Hills and searching for survivors in another mudslide one year later in Montecito, California.

Search and rescue dogs aren’t the only canines to put in a hard day’s work for the public. Police dogs are also known for their obedience and service work. Take Eddie, a three-year-old German Shepherd, who was donated to the Saint Paul/Minnesota police department by a family who thought he was getting too big for their house. Today, Eddie is ranked as the top dog by the United States Police Canine Association (USPCA), a nationwide group that certifies many of the top-performing canines in the country working with law enforcement. Eddie recently won the USPCA national championship for the second year in row.

When not winning competitions, Eddie and his handler, Patrol Canine Officer Brady Harrison of the Saint Paul Minnesota Police Department Canine Unit, is an explosives detection dog and a patrol dog. He’s a passive alert dog for explosives, explains Harrison, meaning he’ll sit if he finds a scent that he’s been trained on. Harrison and Eddie do sweeps for explosive before events like marathons and concerts, and in advance of high-profile visits like when the president comes to town.

The 2018 USPCA National Police Dog Trials was held in Huntsville, Alabama, with 140 of the nation’s best dogs competing to see who is going to be crowned the national champion.

“We believe the stronger the competition, brings about better performance,” says David “Lou” Ferland, Ph.D., executive director of the USPCA. Over the course of a week the dogs and their trainers compete in events focused on suspect search, evidence search, obedience, agility and criminal apprehension. Skills include obedience (listening to their handlers to sit, stay, and come); agility (jumping over hurdles, jumping through a ‘window frame,’ crawling through low tunnels, climbing steep stairs); scent work (searching boxes where a man is hiding), article searching (searching for a shotgun shell and bringing it the trainer) and apprehension work (they’re judged on how well they come back when called after running after a decoy, and, separately how well they apprehend a suspect by biting a sleeve).

Eddie’s prize for winning the competition? A few cheeseburgers that he happily consumed, minus the buns.