What You Should Tell Your Daughter About Winning and Losing 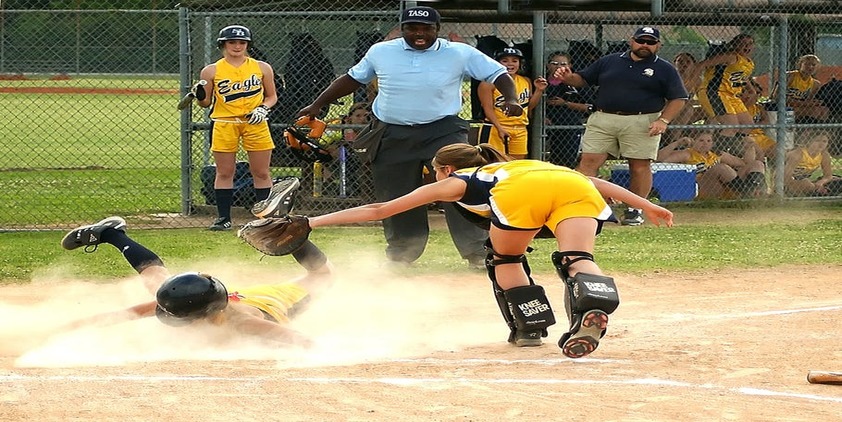 You probably signed your daughter up to play sports with dreams of her positive experiences ahead—the lessons she’d learn by being part of a team, the friends she’d make, and the health benefits she’d gain. Many moms likely don’t plan ahead on what to say when their daughter’s team has a significant loss, especially if your child shoulders much of the responsibility for the outcome. On the flip side, you know it’s important to make sure your girl knows that “winning isn’t everything” and that being successful in sports means being a good person off the field, too. (Here’s how to teach your daughter about confidence.)

As an assistant athletic trainer at Rutgers University, Jennifer Steinberg sees plenty of big wins and soul-crushing losses at the collegiate level. Even though the athletes she works worth have been playing for many years, they can still get tripped up with a bad play or loss.

“Any win or loss doesn’t come down to one play, one player, or the final play, although often times it feels that way,” Steinberg says. “When you let in the losing goal, throw the pitch that scores the winning run, or allow a player to score a buzzer-beater basket, that one moment didn’t win or lose the game.” She suggests you remind your daughter that games are won or lost over the course of the entire competition. “It’s all the missed shots on goal or basket, the strikeouts, the errors, etc., by all members of the team that result in a team’s win or loss.” This can help alleviate some of the disappointment an individual feels after losing.

“My daughter, Layla, who is now 13, has been playing hockey since she was 8, and she decided she wanted to be a goalie a few months after she started playing,” says Alyssa Shaffer, a triathlete and runner. “I worry sometimes because there’s a lot of pressure on her—this year we moved her up to a tier 1 team, which basically means she’s playing some of the best teams in the country in her age group. The last thing I say to her before she goes onto the ice is ‘Have fun.’ I think as parents we often forget that at the end of the day, this is just a game and these are only kids, and if she isn’t having fun, there’s no reason to be out there.

“Part of her does thrive on the pressure, I think. I see the way she bangs her stick against the post before the puck is dropped, and the intensity at which she faces every shot. And it’s always a thrill to see how her teammates treat her when she makes a save—or if she lets a goal in. Someone always skates over and gives her helmet a tap, which makes her feel better,” says Shaffer.

Striking a balance is key. “When she’s had a good game, we celebrate the win and tell her we are proud of her,” says Shaffer. “And when she’s had a bad game, we make even more of an effort to let her know that we appreciate how hard she works.” Remember that even losing comes with important lessons, like learning how to be resilient: “You need to get up, dust yourself off, and get right back in position even when things aren’t going your way,” says Shaffer.

Read the full article on CafeMom.