The Best (and Worst) Foods for Arthritis Pain 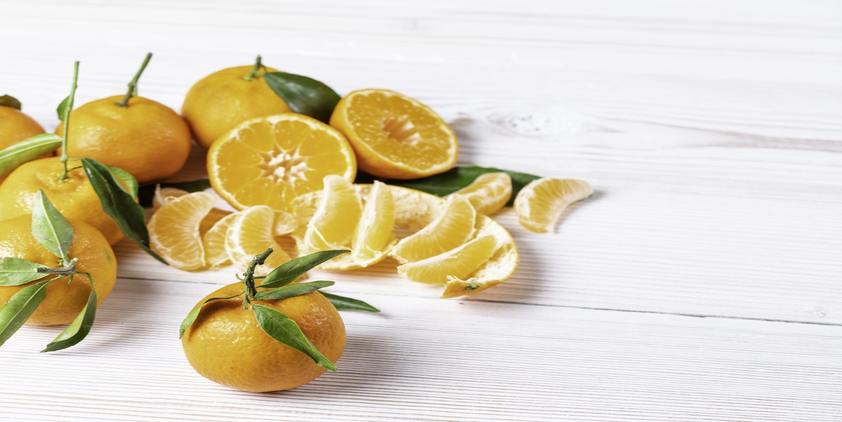 When it comes to arthritis pain, what you eat can make a major difference. Dr. Darria Long Gillespie, M.D., MBA, SVP Clinical Strategy, Sharecare breaks down which types of foods to reach for and which ones to avoid at all costs. “The good thing about a diet that’s beneficial for arthritis is that it is going to be beneficial for the rest of your health, so you don’t have to follow some tricky plan,” says Dr. Gillespie. “The very best way to get these beneficial minerals and vitamins is through your food. Many studies have shown that people who eat certain diets have much better levels of health. Very few studies have shown that you can replicate those health benefits with a pill,” she says. Read on to learn more so you can plan accordingly when you head out to the grocery store.

“Omega 3s are polyunsaturated fats that have an anti-inflammatory effect, which is why they can be so beneficial for arthritis sufferers,” Dr. Gillespie advises. She says trying to eat fatty fish two times a week is a great place to start. Incorporate salmon, mackerel, sardines, and halibut. “If you’re not eating fish, it’s a good idea to take a fish oil supplement,” she suggests. Your doctor might suggest two to four grams of EPA + DHA a day to help with inflammation.

“There have been early studies that these spices have an anti-inflammatory effect for people with many autoimmune conditions including psoriasis,” Dr. Gillespie shares. Turmeric has been shown to help reduce pain, inflammation, and stiffness in rheumatoid arthritis. “You can find this spice in a good curry or potentially take it in supplement form if your doctor recommends it,” she adds. You could also have turmeric in a golden milk latte or sprinkle it on veggies, fish, and chicken.

“The foods that have vitamin C such as oranges, strawberries, and kiwis, may be helpful in managing [symptoms of] osteoarthritis, but I don’t think studies have seen that same effect in autoimmune arthritis,” says Dr. Gillespie. You’re already getting vitamin C from fruits, but keep in mind that it’s also found in colorful bell peppers and spinach, too.

“The bottom line is that you should eat more whole foods,” says Dr. Gillespie. Worry less about the specific micronutrient or macronutrient. “The beauty is that if you’re eating whole foods and colorful foods, you’re going to be eating a wide array of nutrients—Mother Nature is going to ensure that you are eating plenty of micronutrients and macronutrients. A colorful diet isn’t just good for arthritis, it’s good for your weight,” she reminds us. Losing weight reduces pressure on your joints and can help ease pain and inflammation.

Dr. Gillespie herself was diagnosed with psoriatic arthritis in 2007 and on medications until 2011. “I started making huge lifestyle changes and I haven’t gone back. I learned what I needed to avoid—including sodium-rich foods—which was hard because I love salt.” There have been studies that show that higher salt intake can lead to specific types of inflammatory proteins and overproduction of them increases our inflammation and often worsens our autoimmune conditions, she adds.

High consumption of red meat could increase your risk of developing rheumatoid arthritis. One British study found that people who ate red meat daily had twice the risk of people who only consumed red meat about twice a week. A survey of more than 1,000 arthritis patients revealed that red meat, sugar, fat, salt, caffeine, and nightshade plants (e.g., tomatoes, eggplant) most commonly worsen their conditions, according to the Physicians Committee of Responsible Medicine. Eliminating foods one at a time for a few weeks can improve symptoms for some people so you know which foods exacerbate your pain and swelling.

Fried and processed foods are high in trans fat, which we know not only increases our bad cholesterol but can promote inflammation, says Dr. Gillespie. Swap those French fries for sweet potatoes. Skip the packaged crinkly snacks in your office vending machine and have a piece of fruit with some raw nuts instead.

You’ve heard it before but it’s worth repeating—sugar plays a role in chronic diseases, and studies show when sugars bond with certain amino acids or fats in a process called “glycation” there is a prevalence of osteoarthritis. “[Both sugar and processed carbs] increase oxidation, inflammation, and can damage joint cartilage,” says Dr. Gillespie.

Avoid: Overdoing It With Alcohol

“Alcohol is kind of funny because research shows that people who drink moderate amounts of it tend to have a lower risk of rheumatoid arthritis,” says Dr. Gillespie. But, if you don’t drink alcohol now, there’s no evidence that starting to consume it will lower your risk of rheumatoid arthritis. “People who drink moderate amounts may have a lower risk, but it may just be because they are also leading a healthy lifestyle,” she points out.

Wondering how to make the transition from full-time #editor to #freelance writer? Take a few notes from @Brittany_Risher. https://t.co/aL5KyOYU3V

Before you press "send" on your #freelance pitch, study this @lifehacker article to boost your chances of landing the #gig. https://t.co/bCgLFIXaPV

Hi this is your #freelance reminder that taking time off may mean giving up assignments in the short term, but in the long term, it can mean more bandwidth, wellbeing, and biz sustainability.

Calling all wannabe #freelance writers! Before you jump headfirst into your new #career, add my e-book to your TBR list. Reviewers are calling it "a must-read for any writer looking to turn their passion into a successful business." https://t.co/6QyWrFpL1U

Every #freelancer has dealt with #burnout at one point or another. But it doesn't have to be this way: https://t.co/lF7y72Tgbe

We use cookies to ensure that we give you the best experience on our website. By continuing to use the site you are agreeing to our use of cookies.OKPrivacy policy
Thanks for subscribing!