Should You Eat A Low-Sodium Diet for Your Heart? 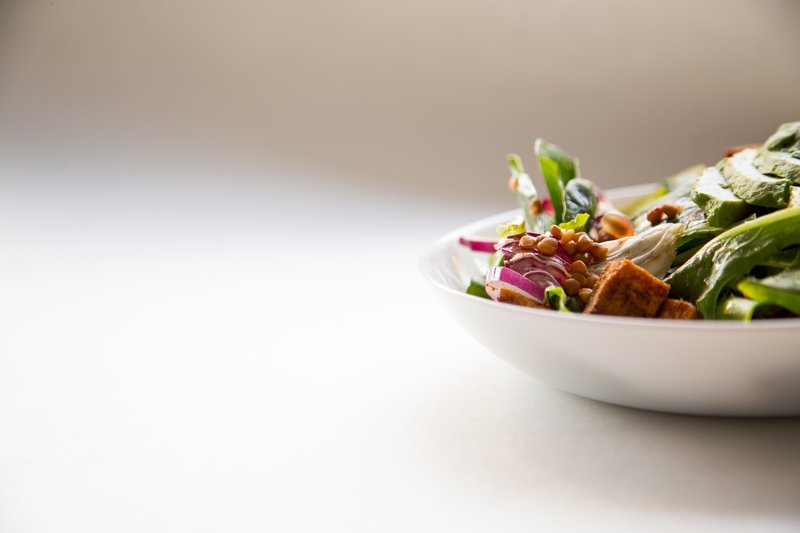 (This article first appeared in The Complete Guide to Heart Health 2019 print issue by Centennial Publishing.)

You probably have an inkling that you’ll have to cut back on the chips, cheese, red meat, jerky and processed snacks if your doctor tells you that your blood pressure is high. But do you really know why?

“As extra sodium comes into your bloodstream, it takes water and puts it into blood vessels and increases the volume of all the blood in your body inside the blood vessels,” says Carlene Thomas, R.D.N, based in Virginia outside of Washington, D.C. “When that happens, blood pressure increases.” Having high blood pressure puts a burden on your heart and the blood vessels, which over time, can lead to bigger problems, including stiffening and narrowing of the arteries and damage to your heart, says Thomas.

When you reduce sodium in the diet, and make healthy lifestyle changes, you can decrease your blood pressure, which can have a positive impact on your overall heart health.

“I think it’s easy for a low-sodium diet like DASH to remain a recommendation for heart health because the message to consume less salt is simple for everyone to understand,” says Thomas. “The DASH diet, in particular, has studies to go along with it and it’s a very flexible diet. I think that’s always why it’s remained popular.”

The American Heart Association recommends no more than 2,300mg of sodium daily for adults, 1,500mg for an at-risk population. The average American takes in about 3,400mg sodium daily, says Thomas.

Is a Low Sodium Diet Best for Heart Health?

The Sodium Controversy around Heart Health

Although it seemed like a given that you should follow a low-sodium diet for high blood pressure, recent studies are finding that this may not always be true.

People with advanced congestive heart failure really need a low salt diet, says Daphne Miller, M.D., family physician in San Francisco. “But not everyone with hypertension responds. Most of the randomized controlled trials show it reduced blood pressure on average a couple points (not a big deal) with no change in all-cause mortality. That’s the reason why following [a low-sodium diet] is controversial.”

One 2014 study published in the New England Journal of Medicine looked at over 100,00 subjects across 18 countries over three years to see if higher levels of sodium intake were associated with higher blood pressure. They found that if someone had hypertension already or was older and consumed a higher-sodium diet, they were more likely to show higher blood pressure numbers. But, if their potassium intake was high, they had lower systolic blood pressure readings. Other studies have found that a very low-sodium diet may adversely affect blood lipids and insulin resistance, thus increasing the risk for heart disease and stroke.

As of 2013, the Institute of Medicine’s expert panel assessed and acknowledged recent research coming out about reduced sodium intake and other impacts on health in a report “Sodium Intake in Populations.” Overall, they concluded that a “substantial body of evidence supports the evidence to reduce sodium intake. Find out 50 healthy foods you should add to your shopping list.

The Sodium to Watch Out For

It’s not so much the salt you’re adding to your whole, minimally processed foods that’s of concern, but rather avoiding sodium in packaged foods that’s important, says Nicole Rodriguez, R.D.N., founder of EnjoyFoodEnjoyLife.com in Long Beach, New York. “That seems to be the bigger culprit. If you’re following a ‘low-sodium diet,’ then you’re avoiding a lot of packaged foods and high-sodium ingredients or condiments.” Learn the dos and don’ts of popular diets.

“While a low-sodium diet won’t fix everything for everyone, it is definitely a lifestyle modification that can help,” says Thomas. “You may still need to be on a blood pressure medication or another prescription but eating a healthier, more whole-foods based diet can reduce blood pressure.”

Processed food companies love the low-sodium narrative, because they can continue to sell the same junk but label it low-sodium, says Dr. Miller. “On the plus side, a high-quality salt sprinkled on at the table can make healthy foods like vegetables much more tasty.”

Before you go replace all of your favorite foods with low-sodium versions, “Be aware, at first, eating low sodium tastes bad,” says Thomas. “But over time, if you can hang on to the knowledge that it will get better, your taste buds change and you’ll tolerate the low-sodium dishes better. If you go back to eating a salty dish you used to love, it might taste too salty for you.”

Rodriguez agrees, “If you feel that you need a little sprinkle of salt to make your cooked vegetables more palatable, and if that encourages you to eat them more, then that’s still a great thing,” she says. “Just sprinkle some here and there as needed.”

“For overall health, I think the emphasis shouldn’t be as much on the avoidance of high sodium intake, but to balance between your sodium and potassium intake, with an emphasis on the potassium,” says Rodriguez. That’s because your potassium intake can help process sodium out of the body, according to the AHA. Eating high-potassium foods helps lower blood pressure by relaxing the blood vessel walls. High-potassium foods to chow down on include tomatoes, potatoes, greens, low-fat dairy, cantaloupe, avocado, and oranges.

Whether you’re following DASH, any low-sodium diet, or simply want to keep an eye on how much salt you’re consuming, you’ll need to practice your label-reading skills to determine how many milligrams of sodium are in a serving, how much of your daily value that is, and how many servings are in the package.

The AHA created a Heart Checkmark that appears on some food packages when it meets the AHA criteria for saturated fat, trans fat, and sodium for a single serving of the food product for anyone over age 2.

“I believe it’s a highly-processed food diet (which in fact contains a lot of sodium) that’s bad for your health,” says Dr. Miller. Try to reduce or eliminate the foods you buy that come in a package or can, she suggests.

Here are foods you might be surprised to find are high in sodium.

High-fiber bread: If you’re following a DASH diet, you’re probably trying to increase your fiber intake and one easy way to do that is to switch to high-fiber bread. But once you look on the back of the package, you’ll notice sodium hiding in things like breads are common, says Rodriguez. One slice can contain 150mg sodium. If you’re looking to buy low-sodium bread, many of those options often aren’t palatable, says Thomas. “Some companies are exploring adding MSG into some of the processed foods because it has two-thirds less sodium than table salt but it enhances food flavor,” Thomas says.

Store-bought seasonings: You probably knew that tacos weren’t a low-sodium food, but you may have attributed that to salty taco shells. The other place you should be looking is taco-seasoning mix. “Store-bought taco seasoning is going to have an enormous amount of sodium when you could easily make your own with spices in your cabinet and control the amount of salt that goes in,” suggests Rodriguez. Also beware of garlic salt, meat rubs, and any seasoning mix you’ll find on the shelf. Look for salt-free options whenever possible.

Jarred tomato sauce: An average jarred tomato sauce might have about 400mg of sodium for ½ cup serving. Remember, if you’re sticking to 1,500mg daily that’s more than a quarter of your daily intake. A low-sodium jarred sauce contains about 140mg/serving. Add dried herbs and sautéed garlic for flavor.

Salad dressing: Italian and Caesar salad dressings in particular could be sodium bombs. A 2-tablespoon serving might have 350mg sodium. Make your own salad dressings at home so you can control the ingredients.

Frozen veggies in sauces: Look at any prepared product that’s a ready meal and it’s likely to be high in sodium, suggests Rodriguez. Even the veggie-based meals that seem healthy can be high in sodium so check the labels. One brand’s 2/3 cup serving of a frozen broccoli and cheese dish contains 430mg sodium. You’re better off having whole broccoli and sprinkling on a tablespoon of cheddar cheese if you want.

Seltzer: Although this beverage might not contain a lot of sodium – some have 0mg and others can have up to 75mg – if you’re replacing another beverage with seltzer, like juice or soda, and drinking a few cans a day, the sodium can add up if you’re chugging a club soda that contains sodium bicarbonate. (Not to mention you’ll feel pretty bloated.)

Have a plain yogurt with ¾ cup of fresh berries.

Pair fresh sliced turkey and low-fat, low-sodium cheese served on whole grain bread with lettuce and tomato. Add a side salad topped with nuts and olive oil and vinegar for the dressing.