Is Napping Good for You? 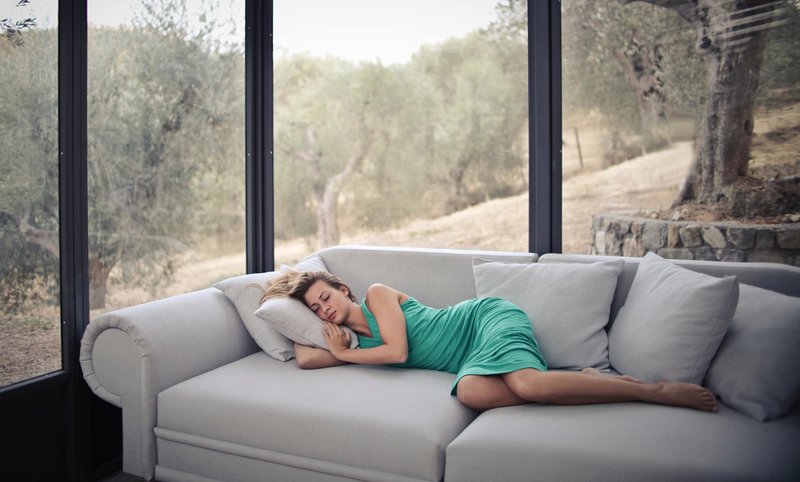 Napping. The mere word conjures up an image of getting cozy under the covers in bed or reclining on the couch and enjoying a respite from the day to replenish energy lost.

While many of us haven’t taken a proper nap since we were children, napping is a pastime that could have mood and health benefits when done properly and at the right time of day.

“Napping itself is not necessarily unhealthy, says Ryan Donald, Ph.D., assistant professor at The Ohio State University Wexner Medical Center. “Most people probably don’t need to nap if they’re getting good quality sleep at night, but there is nothing inherently wrong with it. It’s not necessarily a problem, but [napping] can cause sleep issues, particularly in people with insomnia,” Donald says. Someone who suffers from insomnia issues should avoid napping during the day, he says.

Here’s everything you need to know about taking the perfect nap.

Get Enough Hours of Sleep

We all have a sleep drive that builds throughout the day and if your sleep drive gets cut down because of napping, that makes it harder to go to sleep at night in many cases, Donald says.

“Napping can be a part of [the recommendation of seven or more hours daily] but ideally this sleep would occur as part of a continuous sleep period at night,” says Nathaniel F. Watson, M.D., Director of the University of Washington Medicine Sleep Clinic, SleepScore Labs advisory board member.

“You experience a progression through various stages of sleep that repeats itself through the course of your sleep at night,” says Dr. Watson. “When you nap during the day, you may not be able to go through these complete cycles at night. The sleep architecture you’re obtaining if you’re sleep depriving yourself-—getting inadequate sleep at night and then supplementing it with naps during the day—would likely not be the same as if you had a continuous, healthy sleep period on a nightly basis.”

While getting all of those hours of sleep continuously at night is ideal, if you need a daytime snooze in order to hit the seven to eight hours or so your body needs, that’s not necessarily a bad thing, Donald says. Find out how sleep affects your weight.

The Health Benefits of Taking a Nap

Napping helps you feel more alert, and generally, when you’re more alert you are able to do your job and concentrate better, says Donald.

Taking a nap can also improve motor performance; meaning you’ll probably be more coordinated in that evening workout class, and more alert and cognizant while driving home from work. Some studies say that napping might help boost your immune system, although evidence isn’t conclusive.

Other research points to napping as a way to boost memory and learning. I know that when I feel “brain dead” and “fried” after a long day of writing and work, an afternoon snooze makes me feel better and helps me finish my work deadlines.

Many people experience a circadian rhythm dip around 2 p.m. “That’s a time you’ll naturally get a little sleepier, so some people nap to help them get through that,” says Donald.

“There is this little understanding of human physiology and circadian rhythms that there is a small dip in the early afternoon that would facilitate napping around this time if somebody chooses to do so,” says Dr. Watson.

When you nap too close to your bedtime, you’re taking away the sleep drive that was building all day, and you’ll need to build it back up, says Donald. That’s one way napping can cause sleep issues.

If you’re someone who doesn’t have issues falling asleep, staying asleep and wakes up naturally, you can sleep whenever you want during the day, says Donald. “If [that nap] isn’t bothering them or causing problems it’s not an issue.”

“I always recommend people nap for safety reasons since car accidents due to sleep concerns are exceptionally common, especially among shift workers,” says Donald. If you’re operating heavy machinery, equipment, or driving long distances; you need to be rested in order to be safe. Take a nap beforehand to make sure you’re not falling asleep on the road, Donald suggests.

What Happens During a Nap

The ideal nap seems to be in the 15-minute time frame, according to our experts. You want to get enough sleep to take away some of that sleep drive and feel well-rested, but not fall into such a deep sleep that you wake up out of stage three (deep) sleep. Anyone who’s ever been woken from a nap when they slept too long and felt out of it, cranky, and lethargic afterwards knows what we’re talking about.

“When you take a longer nap, 60- or 90 -minutes, you risk waking up out of a deeper stage of sleep—N-3 sleep,” says Dr. Watson “When that happens it’s difficult to try to get your wits about you. You can be groggy, a little bit disoriented and feel a bit fatigued when you wake up out of that sleep stage.”

The sleep science community recommends people take 10 to 15-minute long naps, since they have the same alerting value during the day as longer naps but they don’t risk waking up with sleep inertia, says Dr. Watson.

Sleep experts recommend drinking a caffeinated beverage and taking a 15-minute nap so the caffeine kicks in when you wake up.

Don’t use napping as your sleep Band-Aid.

You shouldn’t start daily napping to compensate for a bad evening habit, like staying up all night watching TV shows and depriving yourself of sleep, then trying to catch up with napping during the day. “It’s not the optimal situation but again, if you slept four hours a night and they wanted to sleep four hours during the day to get those eight hours in—it’s not optimal but it’s acceptable,” says Donald.

Ideally, aim to get the amount of sleep you need at night, so you won’t need to nap during the day, suggests Donald.