Inside the Huddle with Record-Setting Team 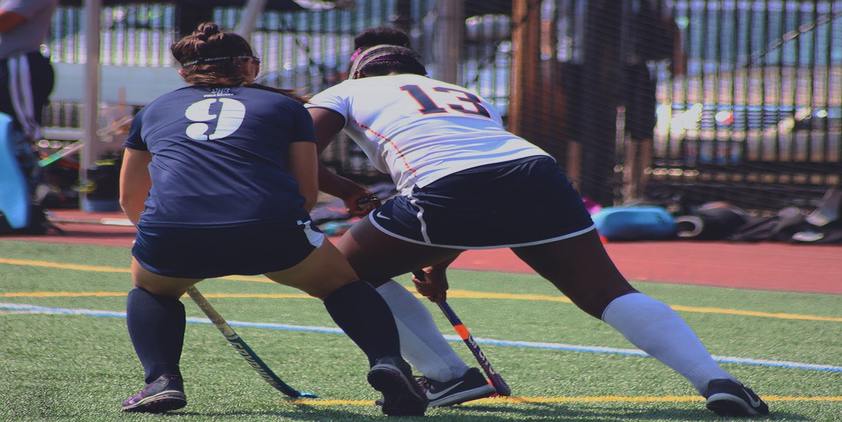 The field hockey team at Eastern (Voorhees, N.J.) capped an undefeated season last month with a win at the New Jersey Tournament of Champions; it captured a national-record 13th consecutive state title; it claimed the top spot in the national rankings; and it featured two players who made their way into the national record books.

While the milestones might sound unreachable, players and coaches at the school say the secrets to their success are actually quite simple. Hard work. Basic skills. Taking it one day at a time. Team unity. Don’t miss how these female athletes lift up their teammates.

We all have fun together,” junior Gianna Perrone says. “It takes a lot of hard work, but it’s definitely worth it. We all have the same goals. We all strive to achieve the same things. We work hard in practice every day because we know what we want to accomplish.

“We work hard every day in practice for each other and for our coach.”

Junior Erin Hoag agrees, but throws one more ingredient into the mix.

“We’re all really passionate about it,” she says. “I think that’s why we’re the most successful.”

It was 13 years ago that Danyle Heilig, a health and physical education teacher at Eastern, became the field hockey coach. Since then, she’s won 13 consecutive Group 4 state titles and posted eight undefeated seasons. She was named the National Scholastic Coach of the Decade in 2010.

Heilig said one of her most important roles is making sure the girls stay focused on daily improvement and don’t get caught up in the big picture.

“I’m a big believer in taking it one game at a time and one practice at a time and improving on each of our games,” she says. “We set goals at the beginning of the season and I know the girls themselves have their own goals of going undefeated, of winning a state title, of winning the Tournament of Champions, but those don’t happen without the daily preparation. As coaches that’s what we try to instill in them.

“The end result will happen if we continue to work each and every day. That’s what we try to keep them focused on.”

That philosophy certainly worked for freshman Austyn Cuneo and senior Alana Barry. Cuneo scored 69 goals this past season, tying the state’s single-season record for goals scored and becoming the first freshman ever to lead the nation in scoring. Barry, who had 10 shutouts this season, finished her career with 75 shutouts, smashing the National Federation of State High School Associations’ previous record of 68.

Cuneo’s record-tying goal came in the Tournament of Champions game, with just 16:29 remaining in the season.

“All of my teammates knew that was the goal,” says Cuneo, who started the season just trying to earn a starting spot on the varsity roster. “They knew it was an exciting moment, so they came over and hugged me and cheered.”

Cuneo first picked up a hockey stick as a young kid while watching her mom coach the middle school field hockey team. By the second grade she enlisted in Heilig’s Competitive Edge field hockey camp.

Heilig says summer preparation is another key to the team’s success.

“We practice in the summer. We play in a summer league. I run a tournament in the beginning of the summer. We go to team camp together,” she says. “All of those things really help us as a team.”

But how about handling the pressure once the season starts?

“We’re always there for each other,” Perrone says. “It makes it easier when you have a great group of girls going through the same difficulties as you and the same ups and downs.”

And rather than worrying about being the team that ends the winning tradition, the players instead decide to aim even higher.

Cuneo, for one, says tying the state record for goals was great, but next year she’s hoping to break it.

With all but four seniors returning next year, Eastern — with its work ethic, passion, unity and one-day-at-a-time attitude — will definitely be a force again next season.

“I feel confident in myself and my team,” Hoag says, “that we’ll raise the bar even higher to achieve our goals.”

Read the full article on ESPN.