How Meditation Can Help Alleviate Some Health Problems 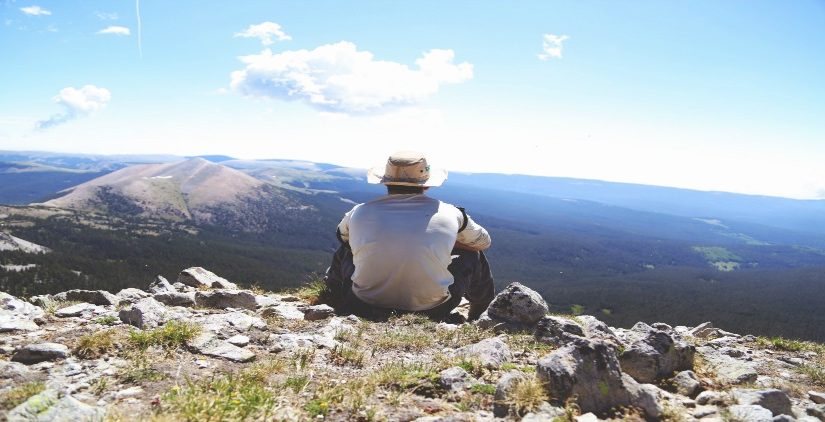 New to meditation? You may have heard that some of the benefits touted include improved stress response, reduced anxiety, and possibly better sleep.  But how does it work?

Many of the physical benefits from a meditation practice are due to reduced stress levels. Remember, a little bit of short-term stress is OK (like running late for work), but if you’re constantly stressed, the hormone cortisol continues surging through your system because your body thinks it’s being threatened, and your body can’t function properly. According to the Mayo Clinic, cortisol hampers the immune system response, and suppresses the digestive system, the reproductive system, and growth processes, while also communicating with regions of your brain that control mood, motivation, and fear. As we age, we tend to have higher levels of systemic inflammation, which is linked with cardiovascular disease, diabetes, and other sorts of stress-related diseases.

I spoke with researchers studying the physiological effects meditation can have on the brain and how that’s linked to physiological responses. Here’s what their data says:

It can impact your body’s inflammation response

In one study, researchers from Carnegie Mellon University had job-seeking people experiencing stress follow either a three-day intensive mindfulness meditation retreat or a three-day relaxation retreat. “In this study, we scanned people’s brains before and after the retreat, as well as took blood samples at the beginning of the study before the retreat, and then four months later,” says Emily Lindsay, Ph.D. student at Carnegie Mellon University and lead study author. According to the brain scans from before and after the retreats, the researchers didn’t see any changes in the relaxation group but did notice a change in the mindfulness group.

“What we found is after the mindfulness retreat, the activity in the prefrontal cortex region was more connected with this default mode network so the neural connections in the brain were strengthened between this executive function attention region and the default mode network at rest. We think that when people received the mindfulness meditation training, it really strengthened their ability to be focused and attentive, even at rest,” Lindsay says.

This was an immediate change that happened after the intensive retreat, she observed. Four months later, the Carnegie Mellon University research team measured the study subjects’ blood again. “In the meditation group, the inflammatory biomarker Interleukin-6 was lower than the relaxation group, which experienced no changes in that marker,” says Lindsay. The intensive meditation retreat group experienced a longer-term reduction in systemic inflammation in their bodies. “This increased connectivity in these brain regions after the retreat explained why people had this lower inflammation four months later,” Lindsay says. (Learn how meditation can help with weight loss.)

Meditation may help with anxiety associated with pain

Researchers at the Center for Healthy Minds studied how meditation was associated with stress response in a number of studies. Though they often conducted studies involving practiced meditators, with approximately 10,000 hours of meditating under their belts, and compared them to new meditators, the results are promising for anyone who’s adopted a regular meditation practice and is curious about the long-term physiological benefits. In one of the studies that involved a pain experiment, the scientists at the Center for Healthy Minds and Waisman Laboratory for Brain Imaging and Behavior examined how meditators responded to pain and the anxiety often associated with the anticipation of a painful event. By looking at scans of brain regions linked to pain and anxiety, the scientists discovered that longtime meditators felt the discomfort as intensely as newer meditators, but the experience wasn’t as unpleasant for them. Compared to newer meditators, the longtime practitioners had less activity in the anxiety regions of the brain as well.

“There is good data suggesting that even short periods of meditation practice/training can reduce anxiety levels in general,” says Melissa A. Rosenkranz, Ph.D., from the Center for Investigating Healthy Minds at the University of Wisconsin-Madison. So if you keep up with your daily meditation habit, you may not feel as anxious about that next trip to the dentist, or perhaps the experience won’t seem as unpleasant as the last time you went.

“There are a lot of pathways that still need to be explored, but basically, we can conclude that bringing focus and attention to the present moment and really exercising that non-judgmental attention [through mindfulness] seems to strengthen connections in the brain and then result in this kind of re-regulation of the body,” says Lindsay.

Lindsay adds that, recently, her team has run a couple of studies that show the importance of acceptance. “Beyond just paying attention to the present moment, this attitude of welcoming and acceptance towards that experience seems to be a really key part of driving these reductions in stress and probably the downstream implications for health. The quality of the practice, and your attention, and being accepting towards that present experience seems to be important for driving these health outcomes,” says Lindsay.

It can help the impact of chronic pain

For people who suffer from chronic inflammatory conditions—rheumatoid arthritis, asthma, inflammatory bowel disease, etc.—your psychological state can affect your physiological health if you’re stressed. To test the body’s inflammatory response to a mindful practice, one study from the Center for Healthy Minds conducted an eight-week study where some participants followed a mindfulness meditation-based approach and the others enhanced their health in ways unrelated to mindfulness (exercise, nutrition, and music therapy). Although both techniques were proven effective in reducing stress, the mindfulness-based stress reduction group exhibited a difference in the inflammatory response, says Rosenkranz.

“This observation suggests that mindfulness-based stress reduction might be beneficial for people suffering from chronic inflammatory conditions, but we can’t say that definitively until we have tested the question directly, which we are currently doing,” she says.