Here’s What Your Eyes Are Trying to Tell You 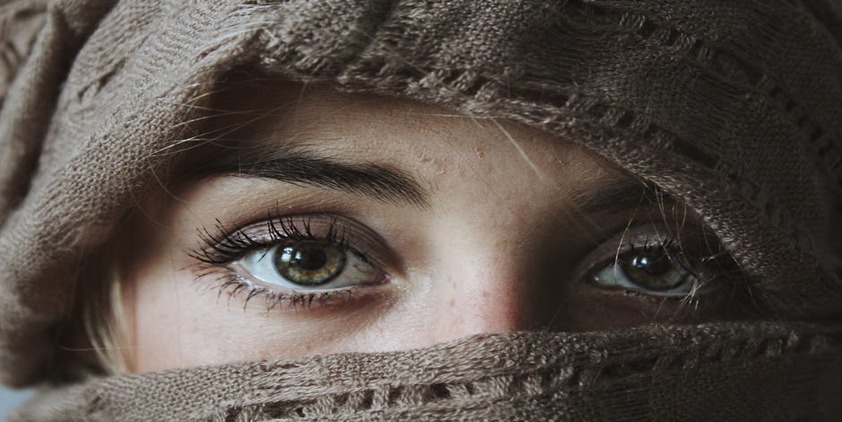 When an ophthalmologist or optometrist looks into your eyes, they can identify eye health issues, like glaucoma and cataracts, but they might also be able to tell if your diet isn’t healthy, if you have an immune disorder, as well as if your diabetes symptoms are being managed properly. Read on to learn about the full scope of health issues your eyes may be trying to let you in on so you can prevent or treat any potential conditions.

Health Issues Your Eye Doctor Will Notice Before You  Do

You May Be Eating Too Much Salt

It’s time to ditch the salt shaker and switch to low-sodium packaged foods if you haven’t already. Too much sodium in your diet could impact the chances of you developing subcapsular cataracts, considered the most serious kinds, according to research. A large, population-based Australian study published in the American Journal of Epidemiology found there was a clear link between a high sodium intake in subjects’ diets and the development of posterior subcapsular cataracts.

You May Be Taking Too Much Aspirin

If you’ve been a long-time aspirin user, it could be contributing to age-related macular (AMD) degeneration according to a study published in the Journal of the American Medical Association. Researchers tracked the aspirin use and eye health of nearly 5,000 adults for over two decades and found that regular aspirin user for 10 years was associated with a small but statistically significant increase in the risk of incident AMD.

You May Be at Risk of Developing Glaucoma

Women who use oral contraceptives could be at an increased risk of developing glaucoma. The study found that women who used oral contraceptives for at least three years were twice as likely to be diagnosed with glaucoma when compared to those who used oral contraceptives for less than three years, or who didn’t take birth control pills at all. With glaucoma being the second-leading cause of blindness, this study may cause concern, but keep in mind that it was data collected from a self-reported survey and not a controlled trial. Health experts say that more research is needed but suggest the women taking contraceptives get annual eye exams, discuss the medications they’re on with their eye doctor, and report any vision changes to their doctors immediately.

Your Diet May Be Too High in Cholesterol

While many eyelid bumps are harmless—like if you have a sty from clogged oil glands near your eyelashes—some lumps could signify you have a more serious health issue. If the bumps on your eyelids are yellow, it could mean you have Xanthoma, a skin condition marked by a buildup of fat under the surface of the skin. This condition tends to be more common in older people with high blood cholesterol levels and these yellow bumps can appear elsewhere on the body as well. See your doctor if a yellow lump appears on your eyelid.

You May Have an Immune Disorder

Experiencing dry eyes that feel gritty or are sensitive to light? This is a symptom of Sjogren’s (SHOW-grins) Syndrome, an immune disorder which made headlines when tennis star Venus Williams was diagnosed. With an autoimmune disorder, your body mistakenly attacks its own cells and tissues. In Sjogren’s syndrome, your immune system first targets the glands that make tears and saliva, which is why you have dry eyes. Make an appointment with your doctor ASAP to discuss your symptoms.

You May Be Getting a Migraine

Ever experience a bit of blurred vision, flashes of light, blind spots, shimmering lights, or had trouble looking at your computer screen and wondered what was going on? If it was followed by a migraine, you probably just experienced an “aura” and an ocular migraine. That vision distortion is an early warning sign that it’s coming; next time, heed the warning and take a break from screens while taking the proper pain medication. A retinal migraine is more serious and involves short-lasting, diminished vision or blindness in one eye, according to research. This may precede or accompany a headache. See a doctor right away if you experience vision loss in one eye.

You May Have Jaundice

If the entire whites of your eyes turn yellow, there’s a good chance you have jaundice, due to conditions that cause liver damage or dysfunction. The yellow is due to an increased amount of bilirubin in the bloodstream, according to The American Academy of Ophthalmology. If that yellow discoloration only involves a small part of the white of the eye, that’s called “focal yellow discoloration” and can be caused by a number of problems such as a pinguecula or pterygium (also known as “Surfer’s Eye.”) These conditions are caused by sun exposure and you should see an ophthalmologist to get treated.

You May Have Thyroid Issues

Protruding or bulging eyes could be a sign of a serious health condition, like the immune disorder Graves’ disease when your thyroid gland produces too much of the thyroid hormone. It could also be a sign you have hyperthyroidism when your thyroid gland is overactive and producing too many thyroid issues. You might also experience hand tremors, an elevated heart rate, and elevated blood pressure.

Your Diabetes Symptoms May Be Out of Control

Unfortunately, there are a host of health complications that tend to be associated with a diabetes diagnosis and eye health problems are among them. People with diabetes have a higher risk of blindness than those without diabetes. They’re also 40 percent more likely to suffer from glaucoma, 60 percent more likely to develop cataracts, and possibly experience retinopathy (any disorders of the retina), according to the American Diabetes Association. When someone doesn’t have their diabetes under control, they’re more likely to experience vascular issues and blood vessel damage, which impacts the entire body, including the eyes. By getting regular checkups and reporting any vision issues to their physicians right away, diabetics can try to keep eye health problems managed to prevent further damage.

Read the full article on DoctorOz.