BPA During Pregnancy May Lead to Lazier Kids 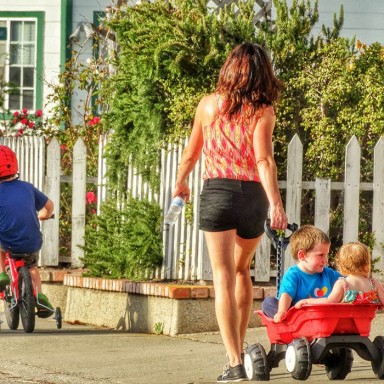 You’ve probably heard that the chemical bisphenol A (BPA) can be dangerous to your health, but recent research from a University of Missouri study found that mice who were exposed to this chemical and ethinyl estradiol (EE)—an estrogen found in birth control—through their mother’s diet during pregnancy were less active than the control mice and had metabolism changes that could lead to weight gain down the line.

The problem with BPA
While having concerns about BPA in pregnancy isn’t new, this recent study’s results surprised the researchers, who initially set out to discover how the chemical acts as a potential contributor to obesity. Instead, they found that the mice that were exposed to BPA during pregnancy moved less during their prime activity hours and slept more. “It would suggest that early exposure to BPA could disrupt the brain region that determines motivation to engage in exercise and voluntary activity,” says Cheryl Rosenfeld, Ph.D., a researcher in MU’s Bond Life Sciences Center and associate professor of biomedical sciences in the College of Veterinary Medicine. She says the same brain regions that control motivation in animals govern that in humans. After weaning and no longer being exposed to BPA, it was too late, their brains were already rewired, she says. There were also changes that affected the mice’s metabolism: their bodies were burning carbohydrates when they should have been burning fat.

Learn more about how BPA impacts future generations, where it’s found, and how reduce your exposure.

Read the full article at FitPregnancy.com.

Looking to make a few extra bucks during the #pandemic? Some #moms are turning their #hobbies into #sidehustles. https://t.co/339omuQJF1

Would you invest in a #homeoffice pod to boost #WFH productivity? https://t.co/yulVHvJlz8

Me: Yes! Finished #freelancewriting deadlines and now have 10 mins to relax before picking up baby at daycare.
Dog: Is now a good time to get sick?
#monday

How do you balance #parenthood and a #freelance business? Just look to this #freelancer for inspiration. https://t.co/IZFRLVOPiJ

A walk around the neighborhood isn't the only way you can stay #active during #pregnancy. https://t.co/5Jb2u9vXzB