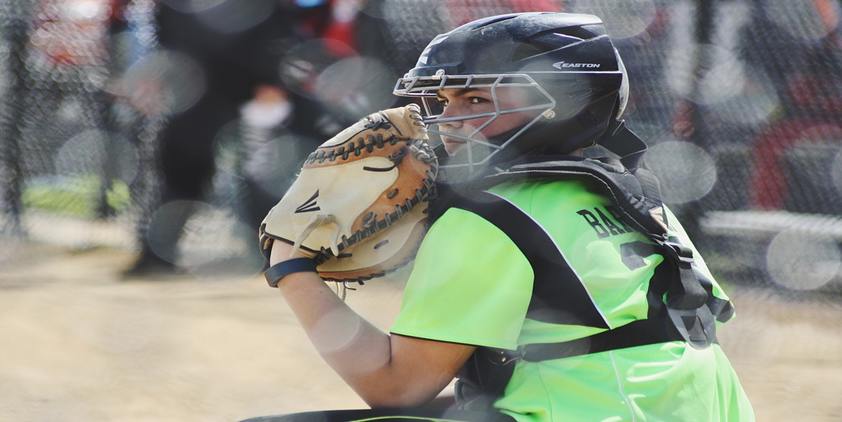 Your daughter might be the highest scorer in her sports division, she might be warming the bench most of the games, or she might just be a middle-of-the-road player, and those are all important roles. No matter how well she performs in her sport, there are lessons you can teach her that will help mold her into a positive, confident, and caring young woman who shows great sportsmanship and character, no matter the situation.

Cheer for her teammates.

“You grow by treating your teammates well even when you’re not succeeding,” says Kelly Peloquin, Coach of Asphalt Green’s Unified Aquatics swim team and a former high school All-American and college swimmer. Moms can talk to their daughters about how to control negative emotions and move positively forward. “Noticing your teammates’ success around you [is] one of the most important things to remember whether you’re winning or losing.” Peloquin says she and her coaching team create a positive coaching atmosphere. “It’s important to focus on being a good person, not just an athlete. We [tell] our swimmers, ‘If two of your teammates have a terrible swim, ask yourself how you can be a good teammate and show good sportsmanship.’” Make sure you’re teaching your daughter about respecting her teammates and showing herself self-respect even if she didn’t perform as well as she hoped, suggests Peloquin.

“Whether it’s kids or adults, boys or girls, I always think it’s important to emphasize effort,” says exercise physiologist and running coach Jonathan Cane, co-founder of City Coach in New York. “I’ve been the fastest on teams, and I’ve been the slowest on teams. But I always made sure that I was as prepared as possible, and tried as hard as possible. And to me, as an athlete, if you can say that you prepared and competed to the best of your ability, you should hold your head high, regardless of the outcome. So for a kid who struggles, that’s what I’d emphasize.”

Teach her to appreciate where and how she fits in.

When kids are frustrated by a less talented teammate, “I remind them to focus on the effort put forth,” says Cane. “And I remind them that while they might be the star of one team, as they move up in the ranks—from JV to Varsity, or from local to regional or travel teams, they might no longer be the star of the team. They might find themselves working even harder, but suddenly they’re struggling to keep up with their teammates. Presumably they would want to be supported rather than ostracized by their more talented teammates,” says Cane.

“I keep in mind that how I talk about myself and my athletic abilities reflects on my daughter,” says Nikki Walter, a Bodybuilding.com Team Athlete, a high school cheerleader who started a dance team at her college. “If I overhear one of my 10-year-old daughters’ friends saying, ‘I could never do that,’ [about a physical challenge], I think she may have heard that through her own family,” says Walter. “I take it as a future opportunity when my daughter is away from her friends to ask her, ‘What do you think about that? Do you feel like there are things you can’t do?’ I do my best to create a positive environment for my daughter, discussing her goals for tennis and ballet and coming up with a plan to push through obstacles,” says Walter. If you hear your daughter say, “I can’t!” use it as an opportunity to encourage her to at least give something a try.

Remind her it’s good for her health in the short- and long-term.

“A great reason for girls to stay in the game is that physical activity when you are young can help to build stronger bones that can last a lifetime,” says Dr. Karen Litzy, PT, DPT. “Being part of a sport and staying physically active as a girl can reduce the likelihood of developing diabetes and heart problems. This can help to keep you healthy as you age.” (Learn 7 Ways People Can Get Started With Exercise here.)

Kids often model their parents’ behaviors, says Cane. So set a good example. That doesn’t have to mean going out and running a 5-minute mile, but it does mean getting off the couch, he suggests. “More often than not, if I tell my son I’m going to the gym, he asks if he can come. I don’t pressure him and I don’t even directly encourage him to do those things. I try to tell him that I had fun or felt good exercising, as opposed to telling him how fast I went or if I won a race,” says Cane. Consider going on a long walk or bike ride with your daughter and point out interesting things you see, or comment on how good it feels to be outside and exercising. This will remind her that staying active is about enjoyment, and not just training for trophies. (Learn productivity tips from teen athletes that will benefit adults.)

Read the full article at CafeMom.