10 Everyday Habits That Put Your Dog in Danger 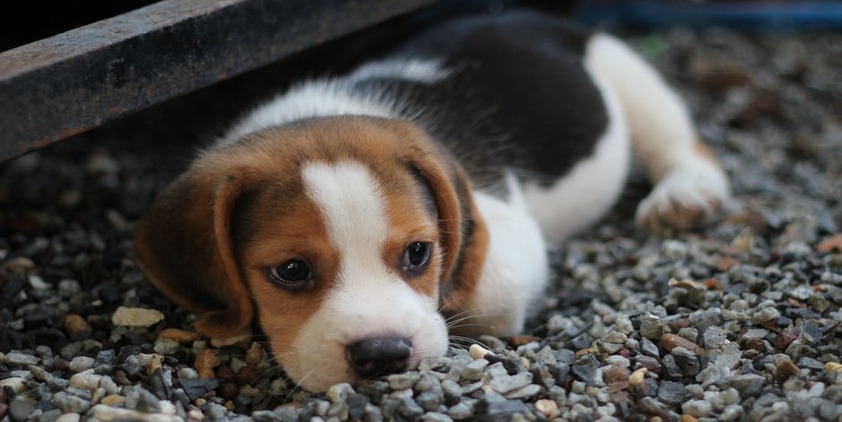 Chances are, you’re making some of these mistakes when it comes to grooming, feeding, or playing with your pet—and it could be putting your dog in danger of health problems.

If you cut your dog’s nails too short, you can accidentally cause pain or injury, says Julie Cappel, DVM, practice owner of Warren Woods Veterinary Hospital, in Warren, Michigan. The next time you take your pooch to get groomed, watch how the vet technician or groomer does it. To prevent problems, if it’s not already too late, it’s best to start cutting your pet’s nails when it’s a puppy. “By the time your dog is 70 or 80 pounds and it has never had a nail trimming at home, it’s not going to be very happy about it when you try,” says Michele Hinks, BS, CVT, VTS, of NorthStar VETS in Robbinsville, New Jersey. And when you’re struggling to control a large animal, it’s all too easy to make a mistake.

You’re bathing them all wrong

Yes, you want your pup to smell as fresh as a daisy (or something close to it), but using people shampoos that are too harsh or heavily scented can irritate your dog’s sensitive skin. If you do want to save yourself a trip to the pet store, you can use baby shampoo, but dilute it first so it won’t sting their eyes. That said, the most important factor is not what you’re bathing with, it’s making sure that you’re using, at most, lukewarm water and that you’re rinsing all the shampoo off completely afterward, Hinks says.

Towel drying your dog is fine, but if you do want to use a blow dryer, make sure you’re using the cool setting so your pup doesn’t overheat. “Blow dryers can cause burns to their skin, which is sensitive when its wet,” says Hinks. Short-nosed breeds—like Pugs and Bulldogs—are even more sensitive to heat. Learn how to keep your dog safe this summer!

“I think most people don’t even look in their dog’s mouths, much less brush their teeth,” says Dr. Cappel. That’s a huge mistake because if they get periodontal disease and the bacteria builds up in their mouths, they can get endocarditis, which is like a heart infection of the valves, the same thing people get [from plaque build-up], she says. “It’s hard on their kidneys, swallowing all that bacteria.”

Clean your dog’s teeth at least once or twice a week with a soft toothbrush with flexible bristles, a piece of gauze, or a soft cloth. You don’t have to use toothpaste, as the mechanical action alone will remove the tartar, but if you do want to use it, make sure it’s specifically made for pets; fluoride can be toxic to dogs.

Find out what we can learn about sleep from dogs.

Metal brushes and short-haired dogs don’t mix, says Andrea Pace, BA, AS, CVT, MBE, JD, VTS, also at NorthStar VETS. “These brushes make micro-abrasions in their skin, which makes them more susceptible to bacterial infections,” said Pace. If you have a short-haired breed, steer clear of pointy metal brushes in favor of softer ones.

You’ve taken their hairstyle into your own hands

If you trim your own bangs at home, or cut a family member’s hair, you might think Sparky could benefit from a custom trim from you. But evaluating whether you should trim your dog’s fur depends more on how mild-mannered he is than how adept you are as a stylist. If your dog’s temperament is relaxed and chilled out, he might tolerate home trimmings well, says Pace. “Other dogs will bite you at times. It really depends on knowing your dog [before approaching them with scissors],” Pace says.

“We see a very large percentage of overweight and obese pets…and most of it is attributed to overfeeding,” says Dr. Cappel. An overweight dog can be prone to back and joint issues, including arthritis, and digestive issues like pancreatitis and diabetes. Being aware of how much your pet should weigh and following the servings recommended on the packaging is the first step, according to our experts. That means if your dog weighs 20 pounds, but should be closer to 15, feed it only enough for a 15-pound dog.

Be mindful of how many treats you’re doling out, too. These are calorie dense and add up fast. As a substitute, offer baby carrots or other veggies as a healthy treat.

You’re feeding them too much people food

It can be hard to say no to those big eyes and wet noses, but table scraps are a no-no for dogs and can put your dog in danger of health problems. People food can make pets gain weight, and food that is spicy or rich can cause digestive issues. As for that stereotypical dog with a bone? Not recommended, as bone fragments can get lodged in your pup’s digestive track. The one exception when it comes to people food is snacks that are low in calories and come in small pieces, like baby carrots or Cheerios; they can be used as rewards when you’re training a pet, says Dr. Cappel.

You’re not playing with them enough

Lack of exercise and mental stimulation is a big problem. “When people don’t spend enough time challenging their dogs mentally and physically, it often leads to either destructive or repetitive behaviors,” Dr. Cappel says. When you’re thinking about getting a pet, it’s important to factor in how much exercise they’ll need, how smart the breed is known to be, and how much time you have to devote to their care. “If you don’t keep your pet busy and challenged, they can end up being destructive or developing behavior problems,” she says. Think chewing your favorite pair of shoes or unrelentingly chasing its tail.

You’re making your dog wait too long to pee

Even if your dog can seemingly hold it 12 hours or longer without urinating in the house, you could be putting its health at risk. “[Delayed urination] can cause bladder infections and, occasionally, behavior problems,” Dr. Cappel says. “We tell people not to make their dog wait more than seven or eight hours between walks.”

You don’t supervise them when they play with toys

You might toss your pooch a new toy to play with before you head to your office for the day, but that could be dangerous. Depending on how aggressive a chewer your dog is, it could tear through that toy and eat small parts of it—or get into the stuffing and start eating that. Instead, monitor your pet when introducing new toys, Dr. Cappel suggests. And, it should go without saying, don’t let them play with your children’s toys: They could chew them up, and you’ll find yourself in the veterinarian’s office wondering how a doll’s eyeball or Lego caused an expensive problem so quickly.

Learn how to keep your dog safe this winter!