How I Freelance and Work from Home with a Baby

One of the many perks of being a freelancer is the ability to work from home and have flexibility. For parents who freelance, that flexibility may mean you don’t have to pay for childcare or that you can try to work around your child’s schedule. But as many parents working from home this year have learned, that sounds way easier than it looks.

I set a goal to earn $45,000 to $50,000 this year as my first year of freelancing with an infant at home, knowing my time to work would be extremely limited. As of this writing at the middle of November, I’m on track to earn about $76,500 for the year. I normally run a six-figure freelance business, so while this number is off that annual goal by a bit, I took two months off in the beginning of the year for maternity leave, went on vacation for a week and plan to take another week off around the holidays. Since I will have about 10 weeks that I didn’t work this year, I’d say I’m still running a six-figure freelance business for the rest of the year.

I’m happy that I was able to surpass the written freelance goal I set for myself in January, especially during an economic downturn year, but finding the time to freelance with a baby wasn’t easy. (Related: How I Scale My Freelance Business Working 10 Hours a Week)

I always love to see other professionals’ schedules of how they run their day – and particularly working moms – so I thought I’d share what a typical day of freelancing looks like for me. I hope you find it helpful and give yourself some grace as we’re all just figuring this out as we go along.

I fix him a bottle, make my coffee and while he drinks his bottle, I skim through emails on my phone with one hand to see if I need to address anything with international clients right away. If something only requires a quick reply, I’ll try to do that on my phone, often using talk to text. I’m usually watching the news in the morning while all of this is going on.

After drinking his bottle, my son crawls around and tries to get into everything in our living room, kitchen, dining room, and his room. I’ll put the dog food bowl and water out in the kitchen for fur baby — and then move it a few times throughout the day so the baby doesn’t get into it. The crawling and playing lasts anywhere from one hour to two hours depending on when he’s ready to go back down for a nap.

When my son goes down for a nap I try to do writing work as part of my freelance morning routine since it takes more concentration and some energy I won’t have later in the day. If I slept decently and the coffee has kicked in, I’ll write a rough draft or outline of an assignment I have due that week. (Sometimes my kid is back up or still crying in his crib after 15 minutes and I’ll try to put him back down again or realize he isn’t napping and I have to scrap whatever work I planned on doing.)

I find that since I’m still in a bit of a sleepy haze when I turn on my computer, I need to see one or two things written down that I really need to get done while my son sleeps or when I have childcare. That helps me stay focused. That’s why it’s the one thing I do every night for a productive freelance day.

I try to get writing and my toughest freelance business tasks done during this nap or his longer nap later in the day rather than spending my precious quiet time replying to emails. I can do those lighter tasks while he’s awake.

In between a few coffee refills during that nap time, the dog wants to go out and come back in or get petted a few times and probably throws up since he ate something he shouldn’t have outside. There are usually a lot of exasperated, exhausted sighs in the morning.

Occasionally, I’ll use this precious nap time to take a longer shower (I’m talking 10 minutes total) and eat breakfast on my own in silence. That’s only if I’m not under a ton of deadlines. Otherwise, I know that those tasks (like showering) can be done in a few minutes while the baby is awake in his playpen and I’ll make breakfast and eat it with him while he’s in his highchair. (Here’s how to build your freelance business if you only have 15 minutes.)

After he wakes up, it’s playtime for a few minutes, breakfast for him (which lasts about 20 minutes), clean up (dog helps with baby food clean up!), new clothes if his pajamas got covered in food, and a walk with the baby and dog depending on  the weather. (This is feat in itself to manage the stroller and our 85-pound pooch. It takes about 10 minutes to get out the door but we make it work because we need to get out!) I often use the walk as a time to listen to podcasts on freelancing, business, finance, or another topic that makes me feel like I’m learning while on the move.

Then it’s more playtime when we get home and if it’s a babysitter day (yay!) I have help for about three straight hours while I work in my home office.  If it’s not a babysitter day and my husband is home, he’ll entertain the baby until the baby goes down for a midday nap and I’ll be writing or on phone interviews or calls with coaching clients.

I try to schedule phone interviews during times when I have help at home or when I think the baby will be napping. But there have been plenty of times this year when I took calls in my office and the baby laid on the floor on an activity map or jumped around in a noisy activity center while I conducted work calls. Usually the person on the other end is very understanding about the noises in the background, especially if they were working from home this year!

If it’s not a babysitter day and I am home alone, I try to tire the baby out with playing and crawling and bouncing in his jumping apparatus toys so he gets sleepy. I look forward to the midday nap because it’s (hopefully) about an hour and a half that I can write and work.

I have learned how to focus, write faster, and work when I don’t feel like it. I have deadlines to hit and only a few precious hours to work – somewhere between two and three hours a day – so it’s now or nothing (or at night or early morning). Those days of daydreaming in front of a screen as a luxury I can’t afford anymore.

I know I have to get my most important work done early in the day because those are the hours when my brain works best and that the naps and baby’s positive mood (okay, and mine) seem to work out then. After the midday nap, it’s a crapshoot for the rest of the afternoon as to whether he’ll nap again for 30 minutes or so and I can get more work done.

I’ll try to fix a quick lunch, figure out dinner plans for later and maybe start meal prep then. In the afternoon while the baby is on the move, it’s hard to work on dinner — or anything — if I’m home by myself. If my husband is around, I can usually get another hour of work done in the afternoon.

At the end of my workday (or after the baby is asleep), I try to jot down the most important things I have to do the next day. Deadlines, prep for interviews, answer starred emails, etc. This helps me know exactly what I have to get done the next morning so I just start working on it. Even when I don’t feel like doing anything. Some days I’ll have to work another hour or so at night but I try not to–I’m not at my best and I’d probably be better off waking up earlier the next day.

So yea, that’s pretty much how I run my business these days.

Some weeks it’s about 10 hours a week (or less—depending on how he is sleeping!), other weeks it’s about 18 hours and I’m trying work in the evening after my son is asleep or weekends. I have to turn down assignments that aren’t a good fit or if the rate isn’t high enough because every hour I’m working needs to be one that earns a great rate.

Since I’m so limited with hours, I don’t have a ton of time to spend reading websites,  news, blogs, message boards, and social media. I try to skim some message boards and social throughout the day for a small amount of time.

I also tend to do administrative invoicing tasks on Fridays when my brain doesn’t function as well. Yes, I also work on the weekends some weeks when I know I have a lot on my plate. Sundays are also a nice, quiet time for writing this blog, or for writing pitch emails to editors and scheduling them to be sent throughout the week. (Need pitch inspiration? Check out these freelance article pitches that got accepted.)

I also utilize the help of a virtual assistant for social media scheduling, newsletter writing, research and another set of eyes on something I’ve written at times.

When I look back at my weekly tracked hours, I’m often surprised at how few they are because when work in sometimes frequently interrupted and broken up into 15-minute increments, it feels like more time is spent working on something. Tracking my hours shows me how much I’m  earning for each client per hour and whether it’s worth it in the long run.

Time-tracking is also another one of my secrets of six-figure freelancing.

If you’re a freelancer working with a children at home, I’d love to read your tips in the comments! 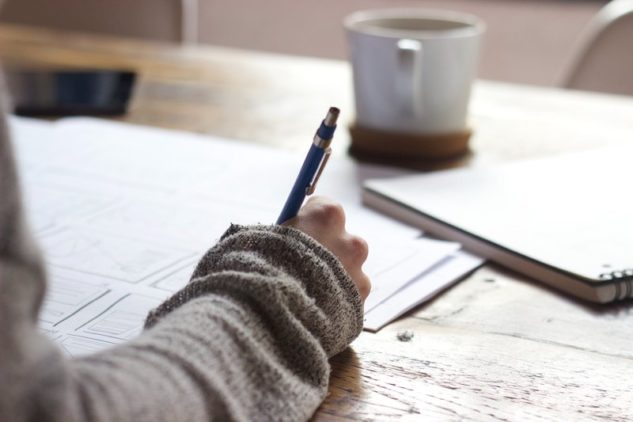 The Downside of Being a Freelance Writer in a Niche Market 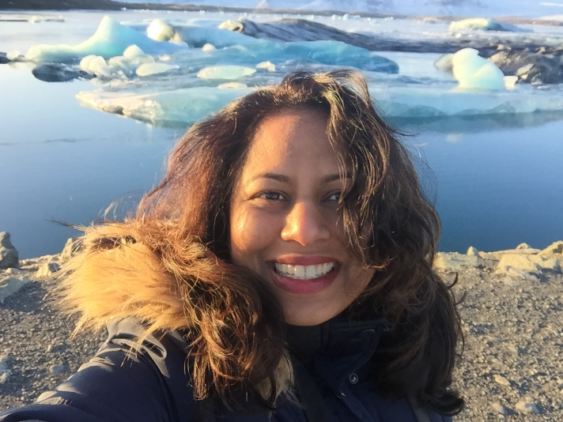 How I Became Successful As a Freelance Travel Writer

How Three Months of Marketing Resulted in $10,000+ Worth of Freelance Assignments

One of the most important #financial tips to remember if you're starting your own #business: Keep the personal separated from the professional. https://t.co/6GeA4bnpH6

Me: This morning, remembering that I had a GENIUS story idea last night before falling asleep...and can't recall what it was. #freelance #freelancewriting #freelancewriter

Rejection can be hard for #freelancers to handle, but it doesn't mean you're a #failure. Check out these examples of times I've been passed up for #work – and why that's OK. https://t.co/grYAM0dcH4

Don't let spring #allergies ruin your day. Steal these pointers on how to keep the sniffles and itchy eyes at bay. https://t.co/ntHJ3JL6IE

These #interiordesign pointers will help you become more #productive – and happier – than ever before. https://t.co/AICM8yrLIA